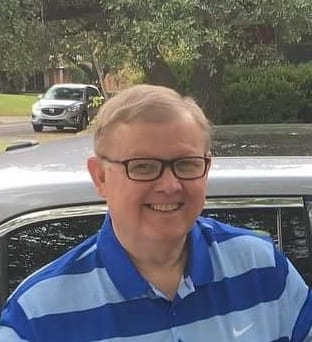 For someone with so much experience, we wanted to pick his brain on how the telecommunications industry has changed and evolved.

When and how did you get started in the industry?

(Danny) In 1976, 43 years ago is when my career began. Back then, I worked at Telco Systems Incorporated., a manufacturer of central office telephone equipment. Central Offices back then were very large and had to accommodate a step-by-step analog switch. Each phone line had its own copper wiring and needed a lot of space in the central office to connect calls and dial outbound numbers. View the video below for an example of all the noises and quirks of this equipment.

While replacing and working with the older central office equipment, Telco engineered and developed an electronic relay that replaced some of the relays in the connector and lindfinder switches. These relays were well received because it helped with the telephone company’s maintenance cost. They did not have to continue to replace and clean the contacts on the switches. This gave us an opportunity to work with some international telephone companies as well. We traveled to Caracas Venezuela and Mexico to work with those companies and we sent thousands of relays to the telephone company in the Philippines.

(Danny) Telephone companies like SouthWest Bell would decommission an old central office and we would bring the equipment back to Waco. There were many mechanical parts that required cleaning and replacement. After refurbishing, replacing all the wiring and used parts, Telco would reassemble the central office equipment and sell back to the phone company.

How long have you worked for c2mtech?

(Danny) It was January 15th, 2013 that I started working for c2mtech. I had previously worked at Custom Telephone Systems, which was acquired by c2mtech in 2010. Custom Telephone originally started in 1976 and expanded to offices in Midland-Odessa, Bryan College Station, and Waco.

What was the telecommunications industry like with Custom Telephone?

(Danny) The customers were similar to today, we installed a lot of phone systems for law firms, banks, doctors and local businesses. However, the equipment was different. Our focus was primarily telephone systems and a few paging systems for hospitals, schools and factories. Telephone systems did not have as many features as today. . Before computers, telephones were the only IT equipment at a business and were critical to operations.

The sales process was also different. We had to convince business owners that they could purchase their own equipment instead of renting from the telephone company. Telephone companies (Southwestern Bell) provided hardware at a monthly cost, similar to how internet routers and modems are given with internet services today.

How was structured cabling similar or different from today?

(Danny) When I first started, if a customer purchased a phone system from us, we would send a letter to Southwestern Bell, requesting a cost estimate for the cable left behind in a building. Bell would reply by letting us know what it would cost to use the cable that remained. Typically, it was 25 pair cable and now we use CAT6 and fiber.

What was Central Texas like back then vs today?

(Danny) Similar to today, [chuckles]. Back in the 70’s and early 80’s Waco was trying to decide what to do with this river running through downtown and what to do about new growth opportunities.

The city has steadily grown and moved forward into an area that we are proud to call home. There has been tremendous growth in the area, due in a large part to Chip and Joanna Gaines. Downtown Waco has really been transformed into multiple use areas for living, eating and sightseeing.

What did you enjoy most about your work?

(Danny) Establishing and maintaining relationships with clients. I have also thoroughly enjoyed working with the staff at c2mtech. They genuinely care for the customer and provide products that best fit their needs.

(Danny) Baylor University is one of the largest clients that I have worked with over the years. Around 1986/87 our company handled all long-distance calls for Baylor. We installed one of the first inter-city microwave radio networks in Waco. We installed a Microwave tower on the Baylor campus and one at our POP in downtown. This allowed Baylor to provide long distance at a lower cost to those students that lived on campus.

One thing you would change about Waco?

I am sure there are things that should be changed, but Waco has come a long way in the 43 years that we have lived here. The future is bright and Waco is a great place to call home.